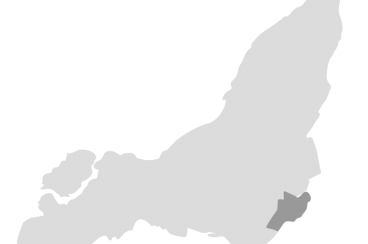 Although this change may seem like good news, the stats actually mean that high-income individuals are moving into the neighbourhood and displacing low-income people.

The “Giving everyone a roof and a seat at the table” project, which the CIP is supporting in Verdun, is addressing gentrification along with basic resources and services for vulnerable individuals so that they don’t have to move out of the neighbourhood. Social housing is an important part of this project, as gentrification is usually synonymous with higher rents.

At the end of 2016, a community-driven development (CDD) initiative was implemented around Dupuis-Hickson, an industrial sector with great potential for the development of social housing.

Three Grand Rendez-vous have identified recommendations on the development of this sector in terms of not only social housing but also planning, local employment, community life, and safety.

Read the infographic below to discover the development of this community-driven approach to create a comprehensive, green, inclusive and human-focused neighbourhood. 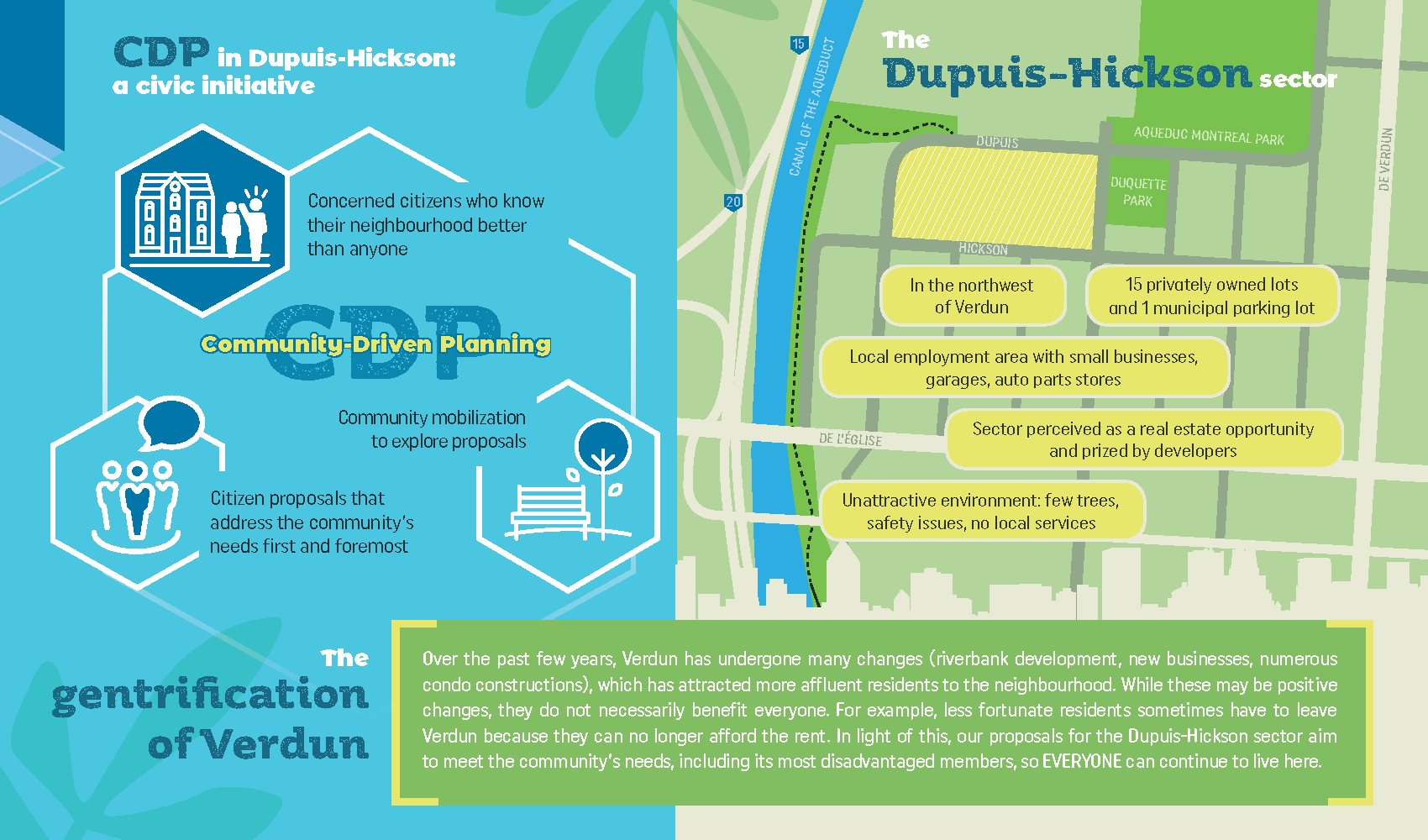 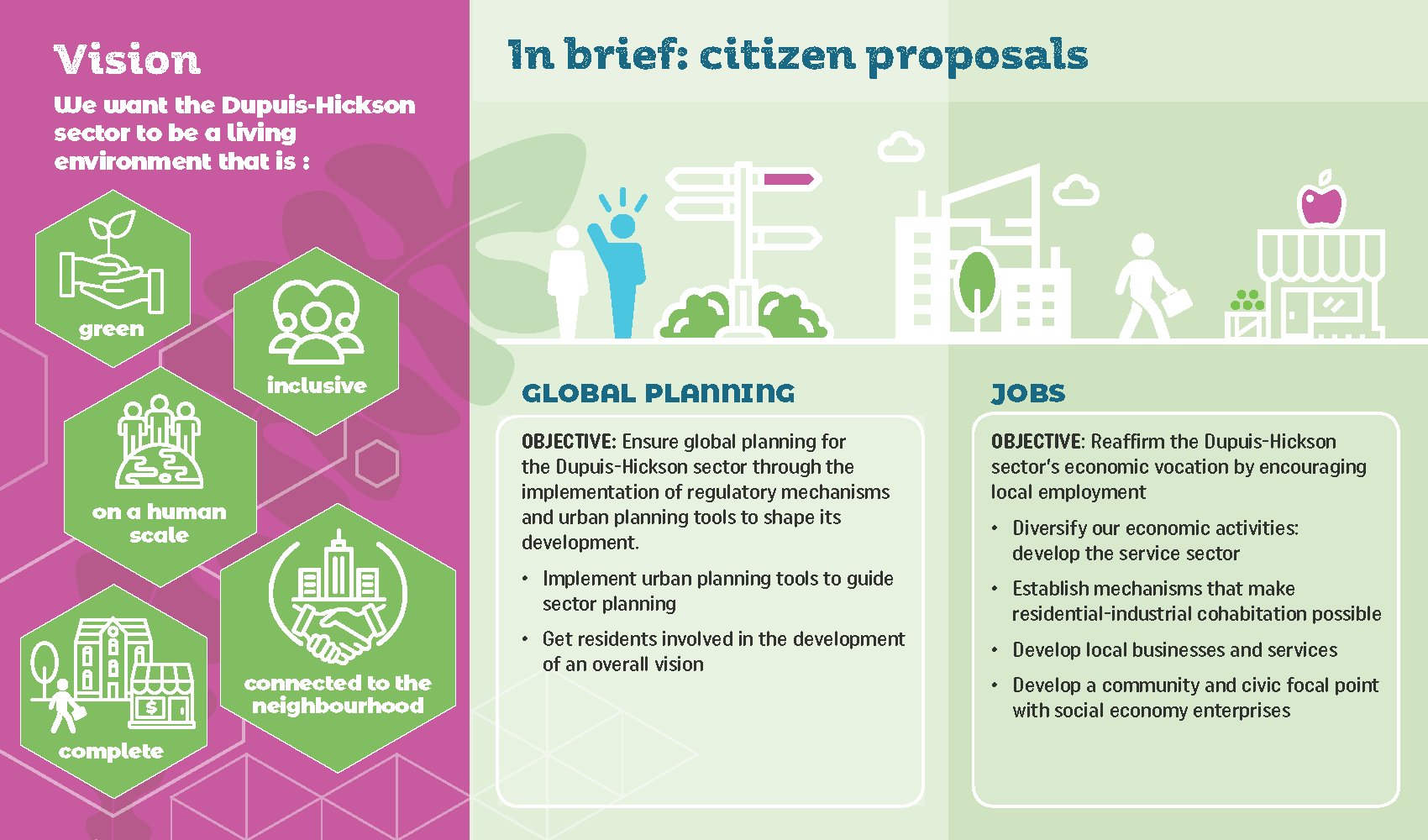 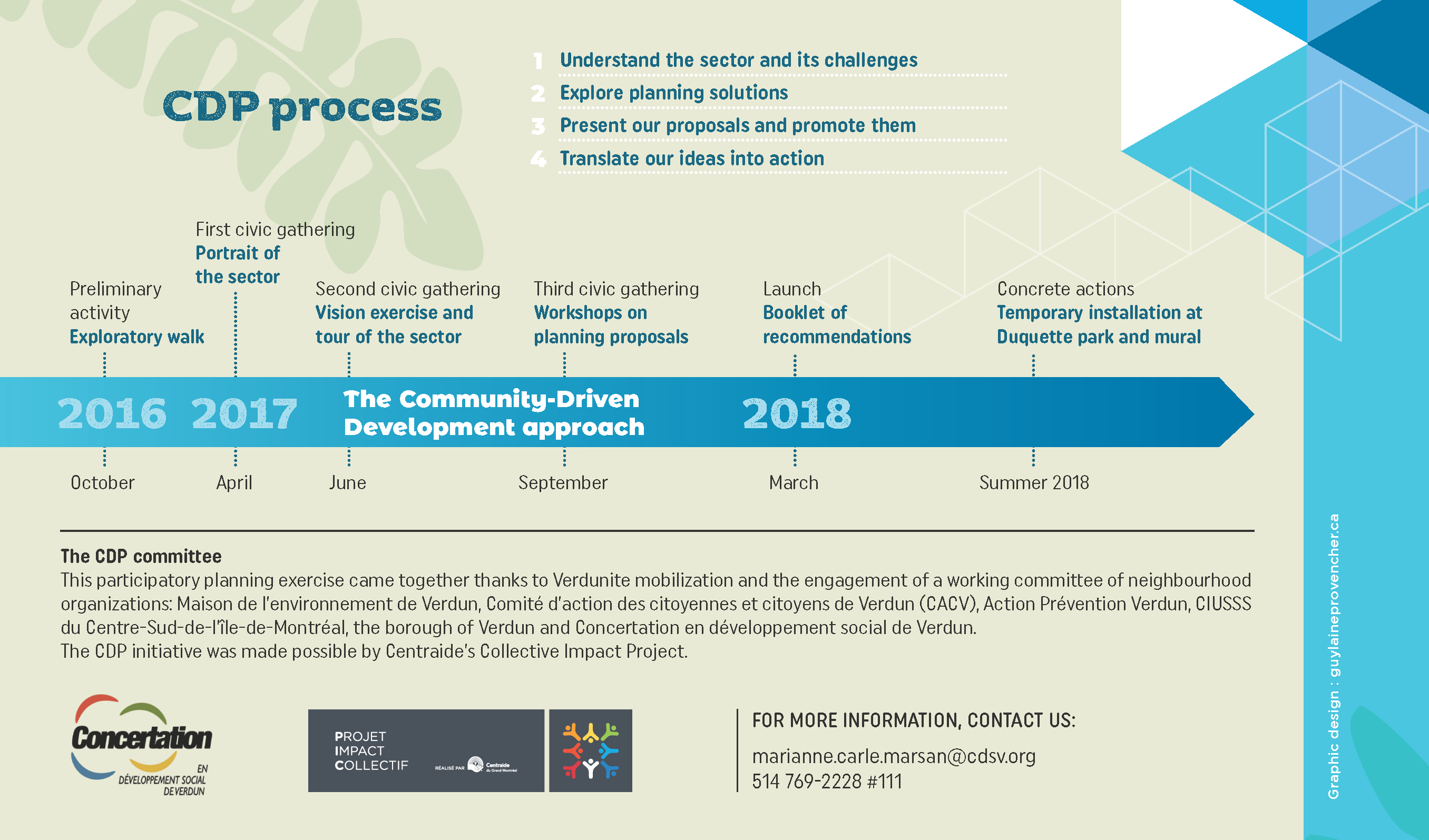