A productive year for collective action 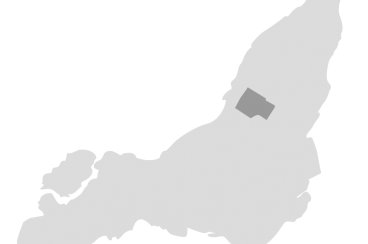 For many years now, and on a more sustained basis since the launch of the CIP, Saint-Michel has been working on large-scale social development projects. These include building a local food system that serves as a springboard for employment, developing a neighbourhood core in the Francon quarry, and requalifying an obsolete building as a community centre. And these are just a few examples, as five multifaceted projects that relate to four issues (food, housing, mobility and academic success) are receiving funding and support from the CIP.  These projects are mutually supportive and act in synergy so that the neighbourhood can make a greater impact on poverty and social exclusion.

Since the launch of the CIP

The neighbourhood has had results:

The past year saw record neighbourhood turnout for food initiatives, thanks in particular to new partnerships with schools and community agencies in the area.

Over 1,040 people were educated about healthy eating habits and introduced to urban agriculture. This number included 120 volunteers who actively contributed to production at Les Jardins des Patriotes and helped harvest about 700 kg of vegetables. This initiative helped reinforce the food supply network, and over 1,345 kg of food was completely processed as a result. A food recovery project has also significantly reduced food waste by 25%. 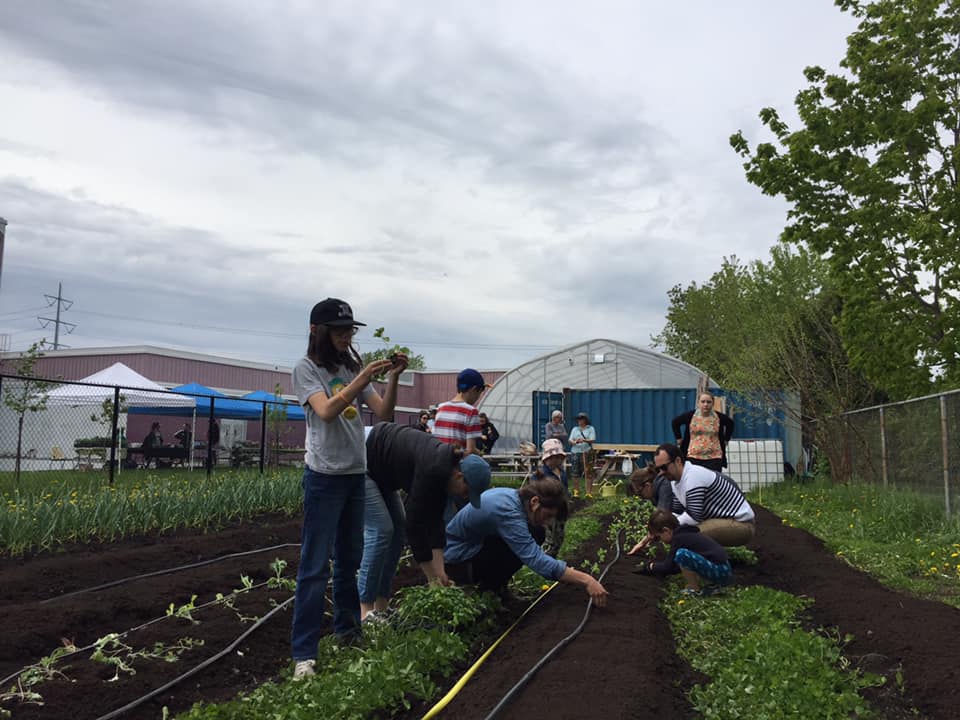 With the goal of working toward sustainable development and collective action, a new initiative was launched to reduce greenhouse gas emissions thanks to the collective ownership of a truck that will travel throughout the chain. This project has strengthened ties between community stakeholders, optimized collective resources, and fostered expertise and information sharing.

The project’s wealth of benefits lies in the diversity of people affected by different aspects of this food system. 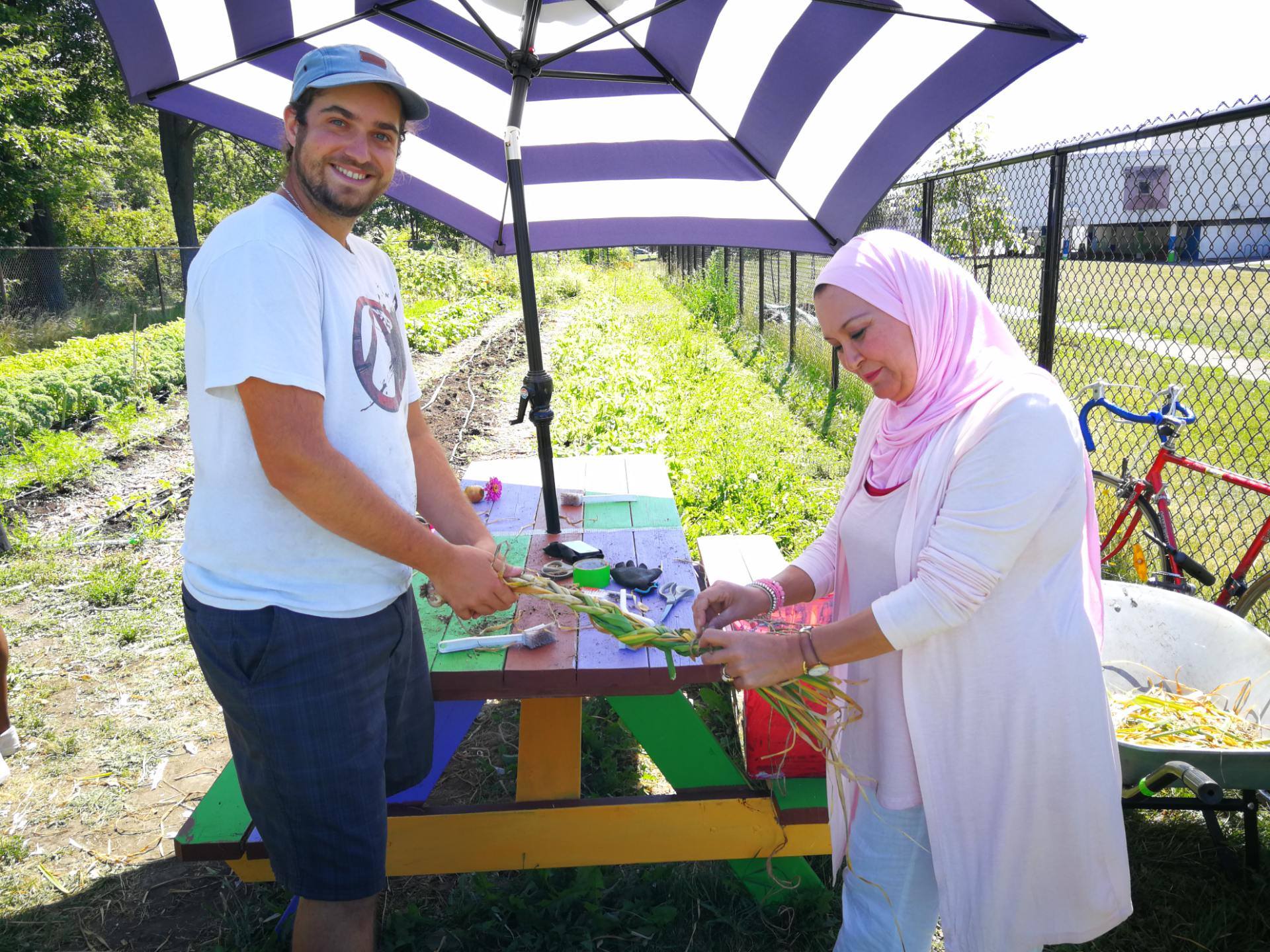 Nearly 470 children and youths and 120 adults from the neighbourhood attended workshops at Les Jardins des Patriotes to learn about horticulture, healthy eating habits, and the environment.

The process to create an optional urban agriculture and environment course at their school made it easier for the new administrators at the École secondaire Louis-Joseph-Papineau to get on board with the project. The school and the Centre Lasallien also reached an agreement to compensate for a lack of available space. Activities organized at elementary schools introduced the project to future students at École Louis-Joseph-Papineau.

Overall, 120 adults who go to neighbourhood agencies (CJE Centre-Nord, Carrefour populaire Saint-Michel, Les Jumeleurs, etc.) also benefited from summer workshops at Les Jardins des Patriotes. For some, these workshops were an opportunity to discover a workplace they had never thought about before.

The Francon quarry: The new heart of Saint-Michel

The project to requalify the Francon quarry site has three development components. The first consists of constructing a footbridge over the quarry as part of an active transportation system and creating a service centre for residents. The second involves building social and community housing and developing an innovative solution to manage waste snow. The third component includes developing an urban farm, a public market, and green spaces. 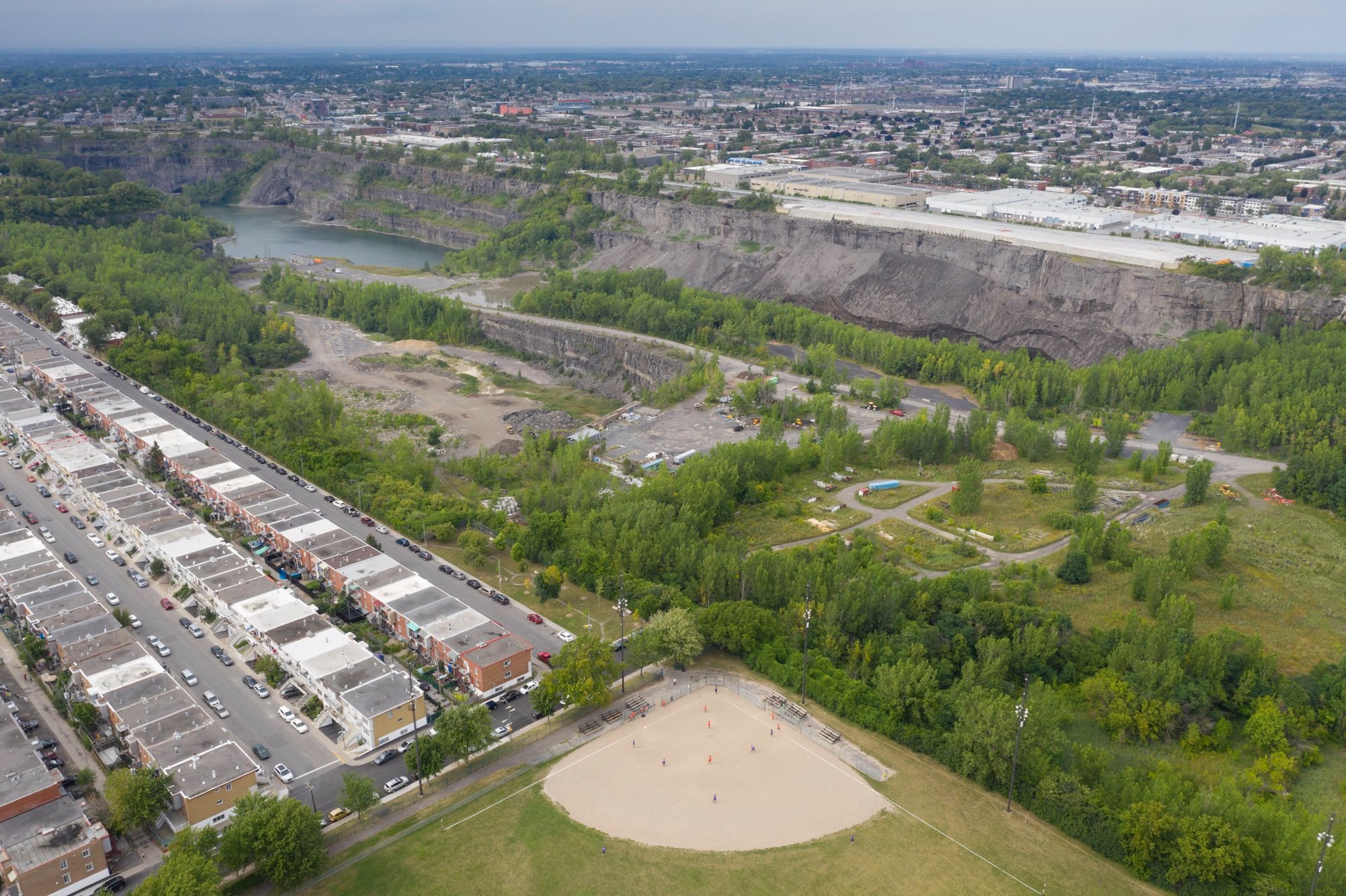 During the year, political issues affecting the Francon quarry and its use had a major impact on the actions and strategies that stakeholders adopted. This is why particular attention has been paid to promoting the initiative and building a sense of ownership over the project at the neighbourhood and city level. Collective action has focused not only on citizen mobilization but also on research and studies on the feasibility of waste-snow management and possible alternatives.

In the summer, about 250 people visited five themed booths in Parc George-Vernot to discover the various stages of the Francon quarry project.

At day camps, 80 young people aged 8 to 12 learned about the issues of mobility and isolation facing the neighbourhood, identified possible sustainable solutions, and actively helped build models of footbridges.

Work to perform research and feasibility studies and find alternatives to manage waste snow led to many student projects, which were compiled and then given to elected officials to highlight all of the possibilities for concretely developing the Francon quarry.

A community centre as a gateway to the Francon Quarry

The project aims to change the former Parc George-Vernot swimming pool, which closed in 2015 and is located at the entrance to the Francon Quarry, into a community centre. 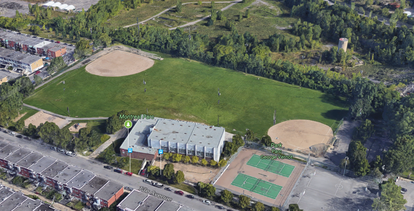 This centre will house seven community agencies, the Au Galop day care centre, a commercial collective kitchen, and a multi-purpose room. The same building will therefore have a network of integrated services available for groups of all ages. At the centre, work spaces will be rented at affordable rates, and varied services will be available to citizens, who will have equal access to different activities. 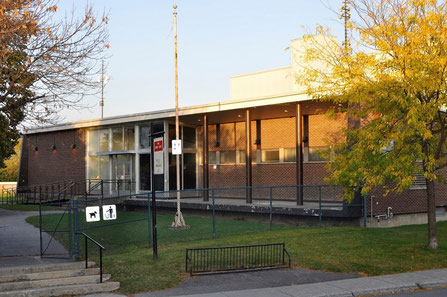 The information and awareness booths and project discussions led to many interactive conversations and helped over 200 people develop a sense of ownership over the site of the future centre.

Technical documents and visuals (such as a business plan, budget scenarios, models for the centre, activity and follow-up reports) highlighted the project’s feasibility and socio-economic and environmental benefits.

An NPO was registered in May 2019 under the name “Saint-Michel, quartier de l’innovation sociale,” a goal of which is to manage community infrastructure projects such as the community centre.

Stakeholders have advocated for the community centre project with politicians at all levels (municipal, provincial and federal).

Source: Report submitted to Centraide of Greater Montreal in January 2020.
These pictures are from the Facebook page of  Vivre Saint-Michel en santé and  Les Jardins des Patriotes.