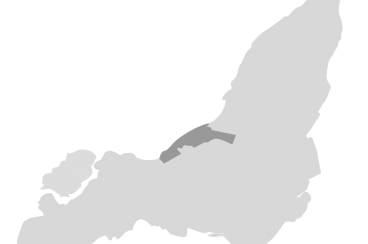 This community centre project in Bordeaux-Cartierville has a long and rich history. How quickly it progresses over the next two years will depend mainly on the game plan of the Ahuntsic-Cartierville borough, which owns and is responsible for developing the building purchased for the community centre.

MILESTONES IN THIS COLLECTIVE PROJECT

As part of the neighbourhood’s strategic social development process, the CLIC surveys 481 citizens and interviews 25 stakeholders in Bordeaux-Cartierville. The idea of a multicultural and multigenerational centre for cultural activities and public gatherings emerges as a priority. The concept of a space for both the community and residents is brought up for the first time.

The community centre project becomes one of the four priorities in the neighbourhood’s “Cartiervivre 2009-2012” social development plan.

A community centre committee is created and meets 17 times between April 2009 and June 2012. The committee includes about ten members of the CLIC (Conseil local des intervenants de Bordeaux-Cartierville). During this time, the committee works to identify potential sites for the project, study needs, see what is being done elsewhere, and give presentations to decision-makers. Work progresses slowly. No real opportunity presents itself.

The Ahuntsic-Cartierville borough hires a company to conduct a diagnosis and create a cultural facility development plan. Bordeaux-Cartierville is identified as a neighbourhood that lacks cultural facilities like a library and cultural promotion space. At this point, the borough becomes more and more committed to the idea of a multipurpose centre that would include cultural, community and citizen space.

Another strategic social development process for the neighbourhood involves a survey of 317 residents of Bordeaux-Cartierville. Once again, the survey shows the desire for a multipurpose meeting space in the territory. The community centre is again chosen as a priority and is included in the neighbourhood’s 2013-2018 plan, “Bordeaux-Cartierville, quartier de tous les possibles.”

Most candidates stress the importance of creating a community centre in B-C.

The Sisters of Providence of the Émilie-Gamelin Province announce their intention to sell their vast building on Grenet Street. The borough and the CLIC visit the site right away. Discussions and negotiations start between the Sisters and the borough.

The Ahuntsic-Cartierville borough council officially adopts a resolution to make an offer to purchase the Sisters’ building.

The borough council approves the plan to purchase the Sisters of Providence building.

The community centre committee visits the Sisters of Providence building.

The borough will take possession of the Grenet Street building by the end of 2018. Steps still need to be taken before then, but the core of the project will take shape once the citizen space becomes functional.

The role of the Collective Impact Project

Bordeaux-Cartierville is chosen to receive moderate CIP support to implement a specific project in its neighbourhood plan.

The CLIC selects a consultation process to collectively choose the component of the neighbourhood action plan that will be supported by the CIP.

The Citizen Space at the Community Centre project is chosen as the neighbourhood plan component that will receive CIP support.

About sixty residents come together for an evening to share their ideas, thoughts, and reflections to shape the future of the citizen space.

To know more on this project

The issue? As long as the neighbourhood doesn't know where or how big the future Citizen Space will be, it can’t start creating or even planning the space.